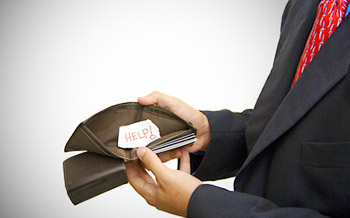 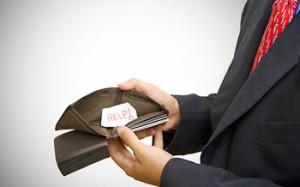 I don’t find it very interesting to talk about saving money. The reason is that it’s simple and theres no real secrets there. Don’t spend money on luxuries and make a budget. Ta-Da! Everyone go get rich!

In truth being a frugal person is about making habits for yourself. Smart savers get used to living their lives in a way that allows them to have what they need and some of what they want; this is a very important distinction. The more luxuries you get used to the more they become your perceived needs. Unfortunately bad habits are so much easier to form than good ones. Here are a few habits people have that tend to hack away at savings insidiously.

Taking out loans is one of those things most Americans do. Sometimes loans are unavoidable. How would low income people get a college education after all? The tragedy is that loans have become more of a norm than a helping hand. Instead of buying a car for $10,000 you buy one for $20,000 and finance it at 4% for five years. By the time five years is up you almost need a new car and you’ve ended up paying $22,099 for a car you couldn’t afford in the first place. What could you have done with that extra $2,000? 5-day cruise maybe? How about a fancy new computer? We shall never find out.

Of course our economy is sort of based on credit. Credit spurs growth because it allows people to increase their spending temporarily. But what you’re really doing when you buy something on credit is borrowing money from your future self. You can live beyond your means right now, but at some future point you will have to spend less than you make to make up for it. When you don’t go into debt you’re not borrowing from the future and what’s more, you aren’t paying extra money in interest. My advice is to go into debt for things that give you a return on investment (ROI) like worthwhile college degrees (not theatre/teaching/philosophy) or something like a home. No, a car is not an investment it only goes down in value.

This is a tough one because I know so many people don’t have a choice in the matter. You may not live near family who could take you in or you may have factors that make it more difficult like kids. But for some of us there really is no excuse. I know lots of 20-somethings who are too cool to live with mom and dad and most of those people are making themselves $1,000 poorer every month. Let’s say I make $1400 per month after taxes (roughly $9 per hr). After paying rent I have $400 left for food, gas, car insurance, whatever else. I’m probably not saving any money there and if I’m lucky I’m not at a negative cash flow. I spend $12,000 per year on rent. $12,000 invested at a 7% return for one year is $12,867. The second year an additional $12,000 turns it into $25,332. See where I’m going here?

If you rent its’s incredibly difficult to get ahead in life. If you make less than $60,000 annually and you pay rent, I can reasonably say you’ll never afford a house. You might own one someday but you’ll never comfortably afford it. Frugal people I know find creative  ways to pay no rent or at least a lot less rent. I wrote recently about living with room mates and if you don’t have many other choices I think that’s a great tactic.

This sounds silly and frivolous but it actually robs you of a lot of money each year. Think about it, drinks are not a necessity. Aside from maybe your morning trip to Starbucks, you buy drinks to go with things. Drinks are a complementary item. What if you just drank mostly water and didn’t buy other drinks for yourself? For one, it would save you at least $5 between two people every time you go out. $5 is 17% of your $30 bill. Instant 17% off coupon by drinking water.

Drinking water can save you money in other ways. When you drink water with a meal you tend to drink more than you would with other drinks. Water fills you up quicker and you may need to eat less. Also I find that when I drink a lot of water I tend to crave sugar and soda less. When I’m craving a big swig of a soda a lot of the time I’m actually just experiencing thirst and I need water. Whatever the case is for you, it still stands that buying drinks is a waste of your money. Learning to live without them will help you save hundreds a year. Don’t believe me? I get about $200 in Starbucks gift cards each Christmas. I go to Starbucks maybe once or twice a week and those gift cards are gone before December. The smallest money-wasting behaviors we have often make the biggest difference.

Americans are such gas crazy fiends. We wake up, get in our Chevy Tahoe or Jeep Grand Cherokee and drive five minutes to the gym. There are no parking spots up front so we drive laps around the parking lot looking for the closest spot. Then we walk in the gym and work out on stationary equipment. If you described this process to a Swede or Norwegian they would laugh at you because they know the value of riding a bike. In the leading bicycle use country, The Netherlands, bikes are ridden for about 25% of all trips including work and 99% of the population own a bike (top10). If you were to compare the U.S. we have 32% of the population owning bikes and only 1% of trips are  bicycle trips.

There are a few arguments you may feel like making against bike riding. First, It’s not practical for errands like grocery shopping or dropping off the kids. Thanks to bike trailers that idea doesn’t really hold water. What about the weather? All the bike riding countries I mentioned are balls cold all year long so that argument is out. Besides, we get maybe six days of rain a year here in sunny Southern California. Bike riding doesn’t work over a long distance. That, in fact, is true. But might I add that because we drive vehicles everywhere we may have expanded our area a bit. Maybe the kids don’t go to the closest school or you go to the gym up the hill because it’s less busy. If you shrink your radius a little bit and use the services near you regularly that issue pretty much goes away.

Bike riding is more healthy, cheaper, and it doesn’t emit CO2. If you rode your bike to the gym you’d have to spend less time on the cardio equipment. Americans are always in such a rush. People believe driving saves time, but if you were to bike you count that as exercise so it’s actually accomplishing two things for you. The best part is you can cut you gas expenditure way down. They average American spends about $2,000 on gas. If you rode a bike 10% of the time you could spend at least $20 less per month on gas.

Companies know we have busy lives and whenever we need convenience we’re sure to pay for it. One example of convenience is eating out. It’s so much easier to go grab a sandwich from the shop around the corner than to wake up early and make one for yourself at home. Another example would be parking. In the city the parking spots near the bars and restaurants or wherever you might be going are the ones you have to pay for. The less convenient ones that are a half mile walk into the residential area are free. A habit of money wasters is they get used to conveniences like these and just accept them as how things are. On the other hand, frugal people are masters of non-convenience. If you want things to be cheaper for you you have to learn to plan or work a little harder to achieve the goal.

I’ve written about this a lot and I’m going to keep writing about it until I stop seeing my friends buying new stuff they don’t need. Most things I buy are used aside from food of course. When you buy a new item you are eating the cost of depreciating value. We usually talk about this concept with cars but it really applies to everything. For example, when I go to the thrift store and find a lightly used Calvin Klein t-shirt I know the previous owner spent $40 or more. I’m going to spend about $4 on the same shirt because I was willing to get it second hand. I buy used books and DVDs, used computers and even lightly used (super fancy) running shoes.

The term “used” has a very negative connotation in our society. If someone being used they are being abused. When items are used they’re not good anymore or not cool anymore. A big part of the money waster lifestyle is trying to keep up with the times or be cool. My goal as a frugal person is to be as uncool as possible and live a financially stable and low stress lifestyle. At my funeral I’m guessing no one is going to bring up how nice my jeans were or what kind of car I drove.

This brings me to my final point which is the fact that we’re always making comparisons. Comparing ourselves to others is one of the biggest drivers of spending money needlessly. I’m guilty of this myself as evidenced by my iPhone 6. When I bought my new iPhone my old iPhone was working fine but I really wanted the new one. If my friend who’s younger than me has a nicer car I tend to feel like I’m behind. If my neighbor goes on vacation all the time I feel like I deserve those too! Not only do I believe that I need to keep up but I falsely believe that the people around me who have nice things are happier. The truth is, happiness is an inside job and you can be miserable in a Tesla or happy go lucky in a 2003 Toyota Camry.

In the words of good old George Carlin, “trying to be happy by accumulating possessions is like trying to satisfy hunger by taping sandwiches all over your body.” We get so used to everyday luxuries and we really don’t realize how dependent we have become. We’re no longer bound by the things we think will make us happy. Slowly we can learn to live with less but have more quality. All the conveniences and extras in life are great but if they become the norm they seriously inhibit our ability to get ahead and save money. Not to mention we don’t appreciate them. It’s my hope that my readers slowly change their money wasting habits. One good decision today means big changes years from now.