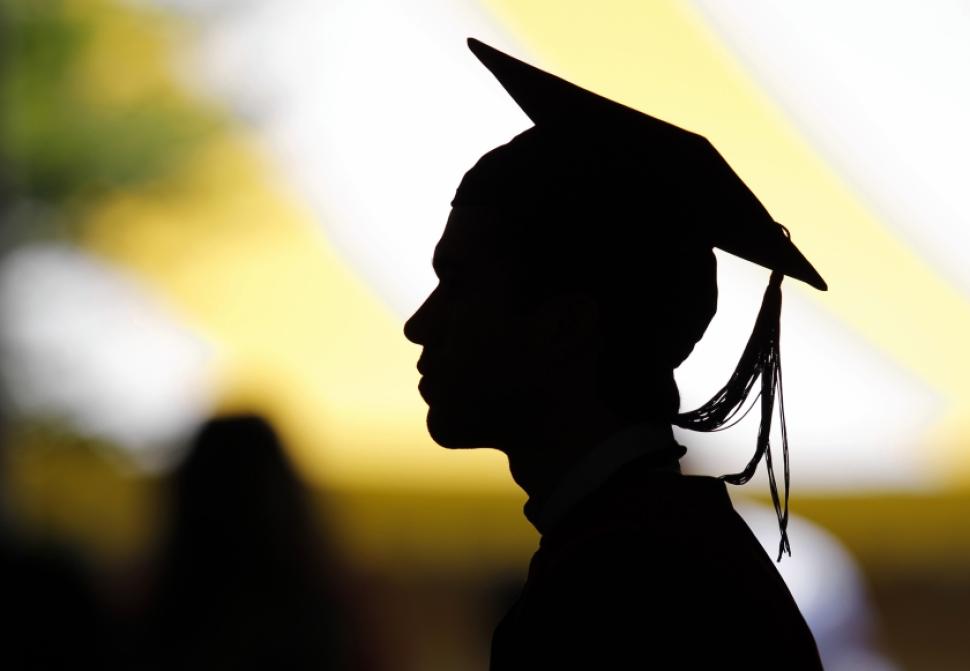 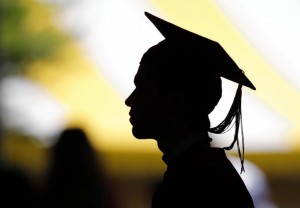 I have to confess to my readers that I often feel behind in life. I dropped out of college at 18 and opted to work full-time for six years. Honestly I never really thought I’d go back to college until I realized I wanted something different for myself. I wanted the promise of a good job but also a personal challenge.

A lot of my friends have kids and are starting college even later in life than I have and I know they must be feeling behind. I’ve been thinking lately about how people try to rush through school to try to reach that great job sooner. When you have to work full time to support yourself going to school feels like a massive undertaking and I see why a lot of people just want to get it over with.

So I decided to run the numbers. What are the real costs of college and is it really advantageous to finish in four years like society tells us we should?

The first thing I thought about when considering going back to college was whether I’d be able to keep working. After some thought, I decided to work full time through my entire bachelor’s degree. I want straight A’s so my track is to take two classes at a time, pretty slow by most people’s standards. At this rate it’ll take me at least four more years to finish my degree. Of course, my advantage here is that I’ll be earning full time wages in these next four years which will mean I won’t take out student loans and I’ll even be saving money. If I were to stop working and finish the degree a semester or two earlier what amount of money am I missing out on? Do I really gain enough money by finishing early to justify full time school?

Let’s start with the cost of school. I attend a community college now which costs about $350 per semester including books. By the time I transfer I will have spent about $2,000 all in. I plan on transferring to Cal State Northridge. There are fees you incur each semester aside from tuition like a campus quality fee and a student union fee. If I take two classes or less they estimate my total cost per semester to be $2,142 this year. If I take more than two classes the estimate jumps to $3,291. Interestingly, if I take more classes it doesn’t cost more once I hit the threshold of 6 units. I could take 7 units or 25 units the tuition fee is the same. However if you’re attending from out of state you’ll add $372 to the total for each unit you take. So clearly you should avoid out of state schools if you can.

Next let’s talk income. I make roughly $35,000 per year when I work full-time. In the next four years I stand to make $140,000 in income (before taxes) if I continue to work full time. I’ll need to complete 24 units at CSUN. At 6 units per semester it will take me four semesters. My total cost for CSUN attending part-time will be $8,568 but let’s assume they were too optimistic and add $2,000. Add the cost of Community College that’s a grand total of $12,568.

I had considered the idea of getting a scholarship or pell grant for CSUN but unfortunately scholarships require students to enroll full time. I can still qualify for a grant part time but it’s adjusted down based on my number of units. Let’s assume it’s a perfect world and I got a full ride scholarship to CSUN. $10,000 of my cost is gone and I get my degree maybe a semester or two early. On the other hand, I’m actually forfeiting $70,000 of income over those two years.

Let’s not forget about my job potential of getting out of school early. After all, this is the reason people try to rush through college. My job prospects for finance are quite varied, with incomes ranging from $50,000 to $100,000 depending on the sector I’m in. Let’s say I get a demanding entry level job right after I finish college and they pay me on the low end of that spectrum. If I graduate a semester early I’ll have the opportunity to make half a year’s extra salary which is $25,000. Of course, I’ll also have that much more experience under my belt but half a year doesn’t make that much difference.

For our purposes here we’ll assume I worked full time until I entered CSUN which means my possible two years of income will equal $70,000

As you can see by my lovely table, it’s not even close. Even if I did have a full scholarship the wages I’m missing out on by not working far outweigh the advantage of finishing quicker. We could assume I might work part-time while attending school full-time and with a full scholarship the numbers would be a lot closer however that scholarship is unlikely at this point. I even added some costs on to make slow school more expensive than CSUN says it is.

It’s clear now that the notion of finishing school quickly is an old idea. We’re seeing so many more adults going back to school than ever before. We have rent to pay and kids to support and we don’t have the luxury of not working. Thanks to society’s stigma against taking it slowly in college we often feel behind but we don’t have to. You can use my table to crunch your own numbers. Perhaps if you make minimum wage and go to a more expensive school you will get a different result. I encourage you all to do your own investigation and get back to me!

← Paycheck to Paycheck: 7 Ways You’re Slowly Going Broke
How Much Does Happiness Cost? →