Rent Vs. Home Ownership: Why My Generation is Getting This So Wrong 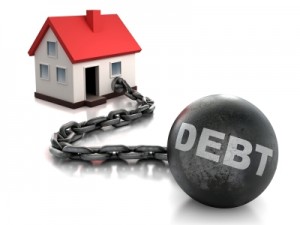 I want you to picture the middle-class American Dream for a second. For most people this includes a great job, a soulmate, a couple of kids and maybe a wiener dog. Oh, and a big house with a white picket fence. I’m about to disrupt this pretty picture for you, sorry. It turns out that what we’ve always believed about homeownership is losing merit and the millennials are taking the biggest hit.

With the changing financial climate so many things that have held as tried and true good financial decisions are no longer so great. Government bonds, once that safe investment that would make you a good steady return, are now returning basically zero. Where once one income could support a family of four, now two incomes barely make ends meet. Indeed, times are changing and homeownership ain’t looking so great to me folks.

A Home is a Crappy Investment

On it’s face home ownership always looked good to me because let’s be honest, I’d rather have a lot of my money going to something I own rather than some of my money going to nowhere land–lost forever. The first thing naysayers will tell you when you doubt homeownership is that a home is an investment! Well, yes a home is an investment in the same way your bank savings account is, they’ll both return between 0-3%. Don’t believe me? Let’s look at some numbers. We all love California and we know that California is known for having soaring home values.

*This data courtesy of census.gov

When you look at these numbers they actually don’t seem that bad. But let us not forget to figure in the expenses of a home. 1.5% annual property tax, mortgage interest of 3%-7%, closing costs for originally buying the home and eventually selling it, and any maintenance the home requires while you own it. After you subtract those costs your return is around zero.

It is worth pointing out that real estate appreciation is going to vary greatly depending on the area you live in. In 2011 my friend bought a house in Thousand Oaks at $425k. Just five years later that house is worth $750k. Can anyone say bubble? Also the practicality of renting vs. owning in your area depends very much on the ratio of monthly rent to monthly mortgage payment. Can you rent for the same monthly amount as owning in your current city? Check out this calculator.

Another thing I’d like to tell my hopeful fellow millennials is a home carries all the qualities of a bad investment: it’s illiquid, it ties up all your money, and it’s not diversified. It isn’t easy to just quickly sell your home in a pinch. If the housing market suddenly goes down you can’t just get out of the investment like you could with stock. At the same time you are usually borrowing an exorbitant amount of money to purchase a home so most of your disposable income–income that could be going to better investments–is going to your home. Finally, a home is by definition undiversified. Any investment portfolio that includes one single investment is going to be incredibly vulnerable to market fluctuations. I think we all remember 2008 thank you very much.

I know there are plenty of readers out there who will tell me sure, there are better investments than a home but you can’t beat the security of having a place of your own. I too followed that logic for a time, mainly because that’s what my parents impressed upon me. On the other hand owning a home is the start of years and years of being tied down to one area, one job, and a set amount of monthly spending. Once you buy a home you can’t decide to move closer to your folks or your new girlfriend at the drop of a hat. You’ve committed to one spot. In the same vein suddenly you can’t take that great job they offered you in Chicago or San Fran or wherever. Once you buy a home you’re somewhat indebted to your current job, with less freedom to change careers or job functions. You have to maintain a high income to pay for that house. If the market tanks and you come on hard times you’ll always have that mortgage payment so you won’t easily be able to cut your monthly spending.

These two go hand in hand for me. When you’re a homeowner you can no longer not work for any reason. More and more one income just doesn’t cut it and we’re seeing young families having to work lots of hours just to pay for the same thing our grandparents could easily afford. Median wages are stagnant as home prices skyrocket and the result is we work many more hours per square foot of house than ever. Not to mention our houses have grown by about 1000 square feet since 1950.  It’s the great irony of our modern American Society: get big houses and spend no time in them working everyday to pay them off. This of course leads into stress. Just the fact of being stuck with any payment for 20 years stresses me out. I don’t want to NEED a job to pay for things.

This last point is my favorite. When you rent you don’t worry about maintenance and fixes. Certain home repairs can be pricey and you just never know when you buy what kind of faulty electrical work or galvanized iron pipes are hiding just beneath that new laminate flooring. If the roof leaks or there’s an infestation in your rental you get to call the landlord.

“I went to the Home Depot the other day, which was unnecessary… I need to go to the Apartment Depot, which is just a big warehouse with people standing around saying “hey, we ain’t gotta fix shit!”

What if you move in and a few days later you come to realize the next door neighbors have loud parties every night? Wonderful, since you’re a renter you can move! Everything about renting eventually comes back to freedom. When you rent you just don’t have the same responsibility for a property and therefore less stress.

So let’s sum this all up. A home is a great long-term investment: nope. A home provides more security and piece of mind: not in a financial sense but maybe in an emotional way. People tend to want to set roots when they start a family and for them the positive aspects of home ownership may outweigh the financial folly. Buying a home is a good decision for those who aren’t so worried about being able to move or change jobs, they want to stay put for the next 30 years or so. But there are also those who believe they should buy in order to put their money to work instead of “wasting” it on rent. That seems like good math but it’s actually misleading math coupled with an incorrect assumption. In truth a house eats your money the same as rent does.

It turns out most millennials today, even with combined incomes, cannot afford a house. As I see it 20 and 30 somethings are falling into a money trap called “this is what you’re supposed to do when you’re all grown up.” Much like winged Cadillacs and 50s swing dresses the idea of middle-class home ownership is becoming a relic of the past. It seems to me a house eats up such a significant portion of monthly income as to make it undesirable. There just isn’t a large enough surplus in most middle-class incomes for a home to not be a burden. So instead of renting something we can afford what do we do? Work more! Man, that just sounds like a great life doesn’t it?

I for one reject the idea that I have to work for the next 40 years. Instead, I may rent for the next 15 years saving 50% of my income as I always have. Never having the bondage of mortgage debt I’ll invest in worthwhile securities and change jobs if I feel like it, free to retire at the ripe old age of 40. I hope to see you all in The Bahamas!

← How Much Does Happiness Cost?
Rent Vs. Home Ownership Part Two: A Hypothetical →