The Magical Number of Stock Investing 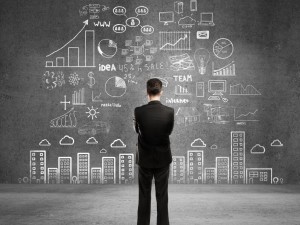 Today I want to talk about that mystical, magical number of stock market investing. It’s the number you’ll find already plugged into your online retirement calculator. It’s also number your financial advisor will use as a baseline for how well your long-term investments are expected to do. It isn’t an average or a median of any stock performance analysis but somehow it’s become the most prevalent number you’ll see if you spend time reading about investing.

I’m speaking, of course, of 7%. In the past analysts have generally looked at the S&P 500 as a good barometer for how the stock market is preforming. In case you’re not a professional stock analyst the S&P 500 is a group of the 500 biggest companies in the stock market. Some people choose to buy “the whole stock market” by just investing smaller amounts of money into an S&P 500 fund, that way they have a diversified portfolio without having to buy every single individual stock. It is this kind of investing that I’m a huge fan of because it tends to carry very low fees that won’t eat up your returns.

But beyond that, why the heck are we using this arbitrary 7% number? Turns out when you hold stocks for a long time there is an incredible smoothing over of the market volatility. If we were to take all the historical data of the S&P 500 and “jump” from year to year, we find interesting highs and lows. For example, the worst ever year to hold the S&P 500 was 2008 (-37% return) and the best year was 1954 (52.62% return). That is quite a big difference. So depending on what year you chose to invest you could pretty much lose all your money in the stock market or make 1.5 times your initial investment. That’s a little scary.

What if we chose to jump between periods of 5 years, 10 years, or even 20 years?

Maybe you can already tell what’s going on here, but it seems as though our numbers are leveling out. This shows that once you hold a stock for a long period of time, your rate of return is always going to come back to around 7-10%. At least this is what we’ve observed in the last 100 years or so. It’s also worth noting that there’s a difference between Average Annual Returns and Compound Annual Growth Rate, and the numbers you see are going to vary a bit depending on whose chart you’re reading. My favorite 80-year-old investment guru John Bogle always says past performance isn’t a good indicator of future returns. But the fact remains, over time stock market returns have always leveled out and we can expect that to continue.

So what have we learned here? If you choose to put your money in the stock market you could come out on top or you could lose money. The money you make is going to depend largely on luck and indeed there were some unlucky investors who bought into the market at a shitty time and have yet to really get their money back. One interesting thing I note here was the best 10-year return (1988-1998) was followed by the worst 10-year return (1998-2008) and there would’ve been no real way of knowing that would happen.

What some money managers and financial advisors will tell you is that you just have to invest in the right thing and you can’t go wrong. But that, my dear readers, is nothing more than a hopeful sales pitch. You name an area of our economy that hasn’t had a major fall-out in the last 100 years and I’ll show you a bubble that’s ready to burst. Anyone want to talk about the invincible $100/barrel oil? I didn’t think so. Our economy is based on credit and so we are always going to be bound to a debt cycle, things go up, things go down and it’s actually a natural part of how our economy functions instead of some disease that has to be cured by wealth redistribution, money creation, and 0% interest rates. Indeed the debt cycle deserves it’s own blog post (stay tuned) but for now rest assured that as long as you keep your fees down, you can expect that magical 7% return for your long term investments.

This Section is For Nerds

Another thing I want to note here is some of the data that’s included above goes back as far as 1928 whereas the S&P 500 has only been tracked since the 1950s so some of the older data may be measured a little bit differently than more modern numbers. Also, the historical average return of the S&P 500 is somewhere around 12% depending on who you ask but Average Annual Return is a misleading number for a couple of reasons.

Any time you read up on a mutual fund you’re going to find the Average Annual Return. This is the most common number analysts like to use for measuring stock performance but it’s also pretty misleading. That’s because no matter how much the numbers swing in the holding period, as long as the fund’s value is larger when the average is calculated it’ll look like a good investment.

Both funds ended up at the same number but fund 2 had really bad years as compared to fund one which grew steadily and reliably over the holding period.

Compound Annual Growth Rate, or CAGR is a different measure for the same exact thing. It tends to smooth over investment figures in the long term. For volatile investments the CAGR is a much better indicator of true returns rather than just a simple average because the wild swings of the stock value will actually lower the percentage.

You can see just by the amount of money at the end of five years that fund one is better and the CAGR shows that the second fund is a much worse investment over time. We said above that the Average Annual Return for the S&P 500 has been around 12% historically, the CAGR is around 9%. While both of these numbers are above the magical number financial advisors aren’t going to assume you’ll make that much. As with many things in life we want to leave room for error. 7% is like a worse case scenario number. If all else fails, you’ll probably get 7% over the long term and everything above that is just gravy.

← How to Marry Someone’s Money in 3 Easy Steps
Podshare: The Next Great LA Startup →