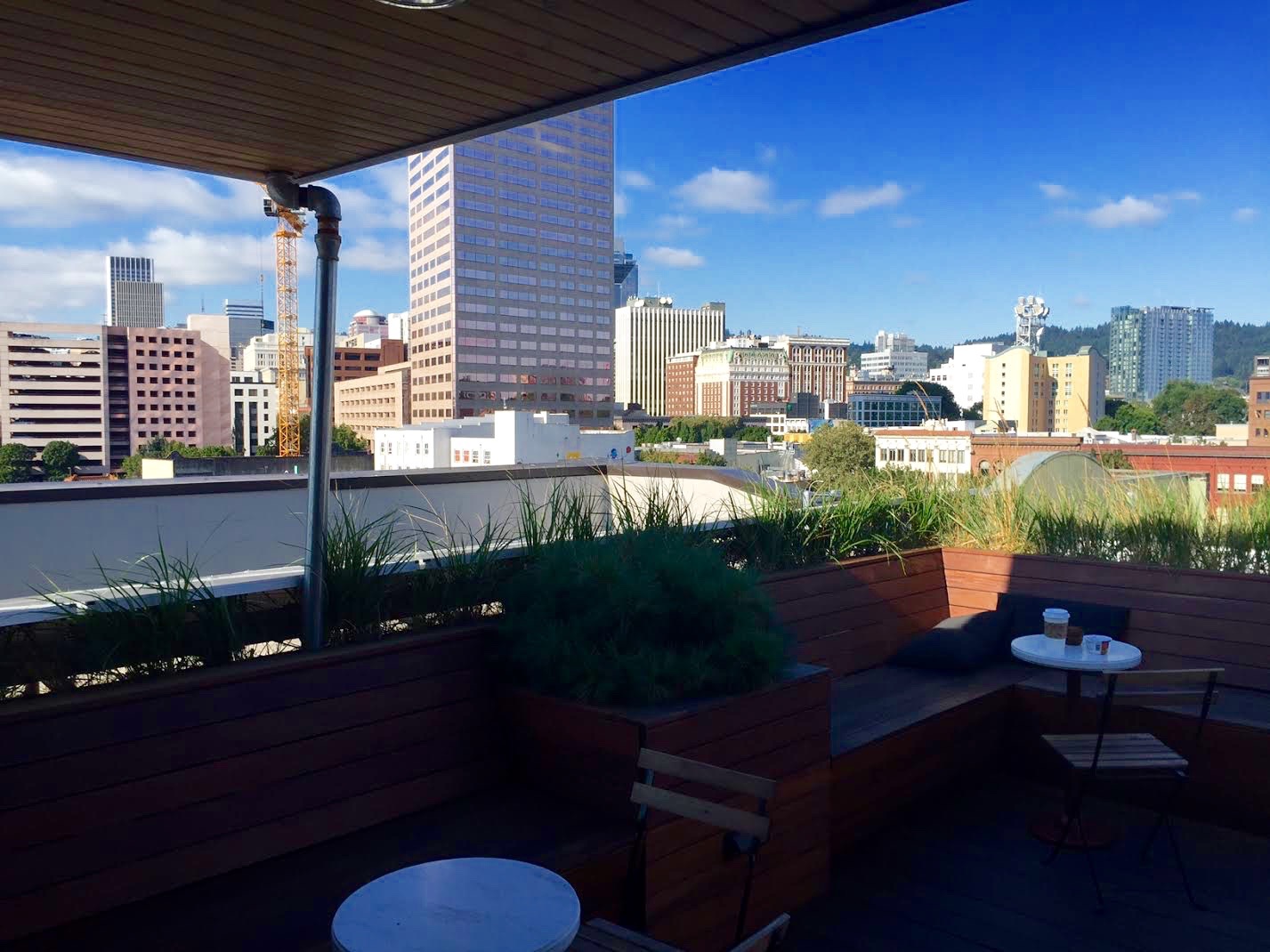 I decided at the beginning of the year that I’d start doing the travel I’ve always wanted to. I tend to wait around for the right time— so why not choose now?

My travels won’t be on an early retirement sort of scale, they’ll be more of a ‘whenever I can, wherever is convenient’ kind of travels.

I realized something funny the other day. I’m single with no kids, no major obligations, and plenty of money. I have an excess of vacation to use from my full-time job. My ability to travel is really only limited by my frugality which is, understandably, very important.

So I’ll be traveling on the cheap from time to time and blogging about it along the way.

For this trip I decided to take the train. I had looked into taking the train to some other destinations on the west coast and found Portland was a straight shot with no busses in between. Ding! Ding! Ding! We have a winner. That was literally my whole decision making process.

The trip is around 1,000 miles coming from Los Angeles and it takes a bit longer on the train than driving. 27 hours to be exact. The nice thing is, Amtrak allows passengers to bring on whatever food items/alcohol they want. Try telling the TSA you want to bring on a few bottles of water they’ll freak out. 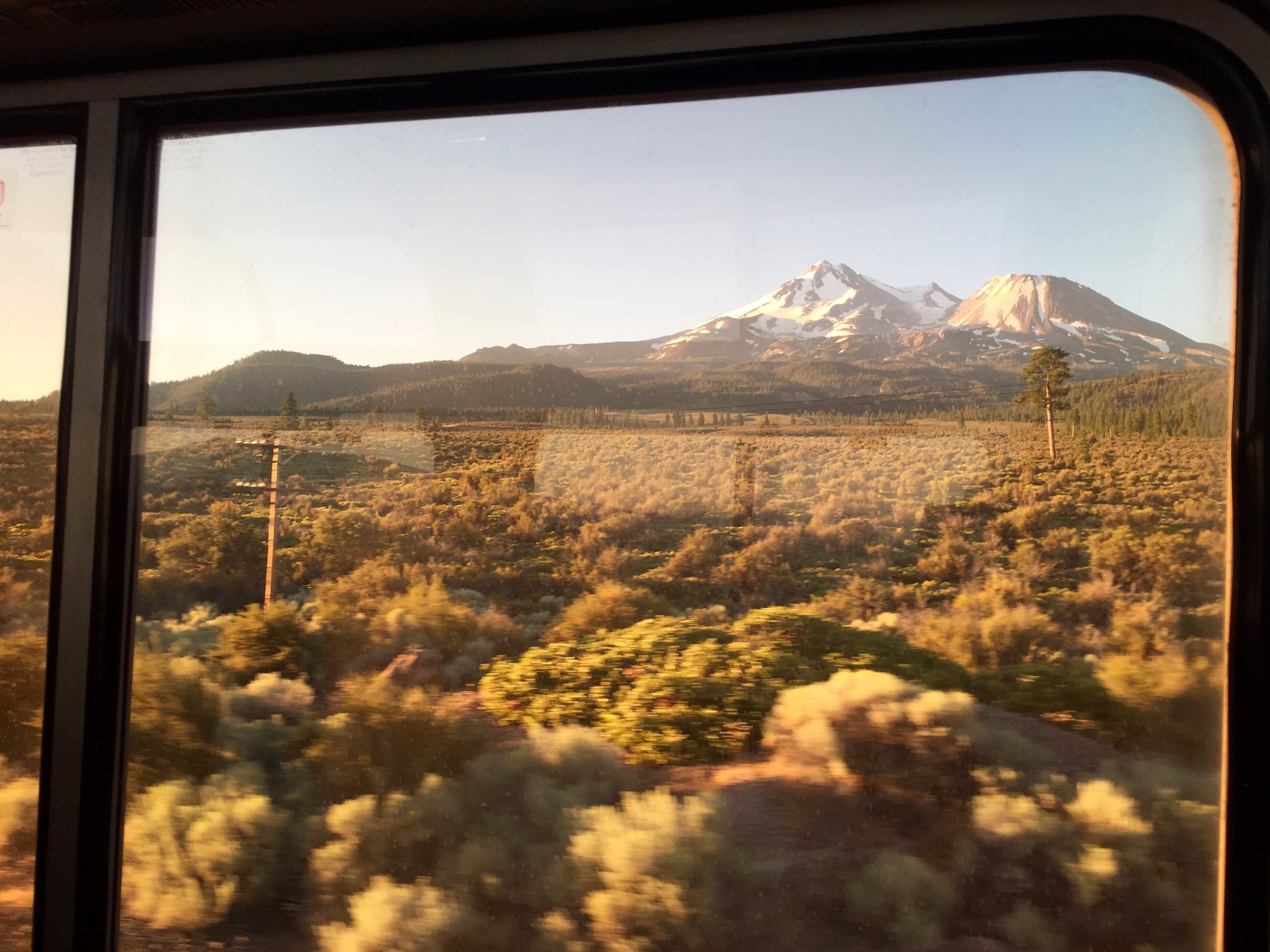 I anticipated the train would be like most places you go where you’re isolated from the outside world (movie theatres, theme parks, planes). In these special places food prices transcend logic and reason, bordering on insanity. The train people know they have a captive audience. Their cafe/dining car is the monopoly food entity in train town, USA and they know they can charge you whatever they want.

This happens to be where Gundo shines. I brought lots of food with me on the train, including top ramen, beef jerky, PB & J, a tuna sandwich, instant rice, canned vegetables, instant oatmeal, muffins, and granola. Oh, and a few protein bars for good measure. 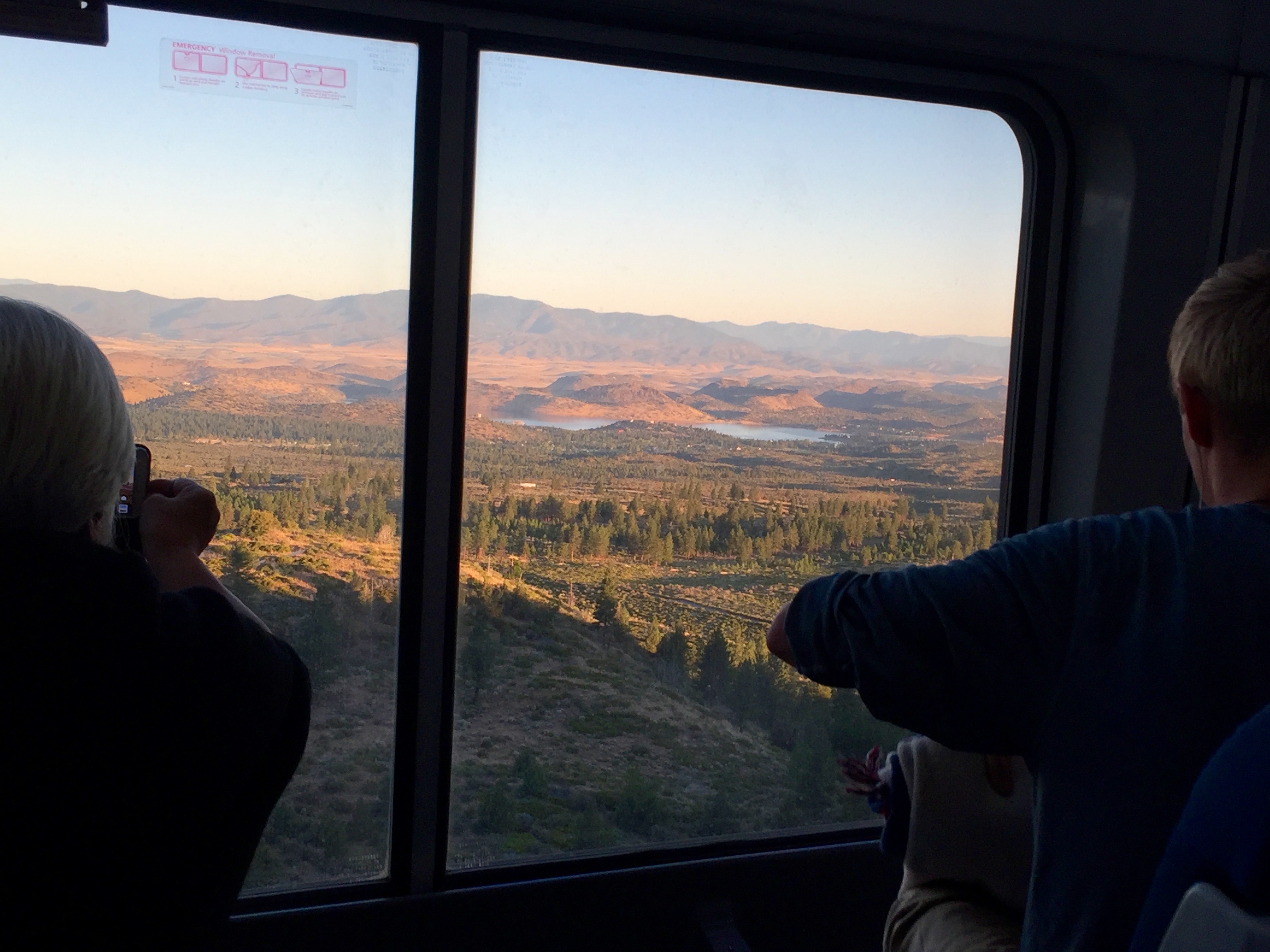 I looked silly walking around with my puffy, over-stuffed backpack. I was a tiny girl wearing what looked like a weather balloon on her back.

But did I feel smart every time the attendant came around to take our dinner reservation times? You know I did.

There are a lot of less than comfortable things about taking the train but I must say, there’s no better way to catch the scenery. I got to see areas of Oregon no one can see from a road. I got to see parts of the California coast I’ve never seen. The train goes through all kinds of back country with no highways around. 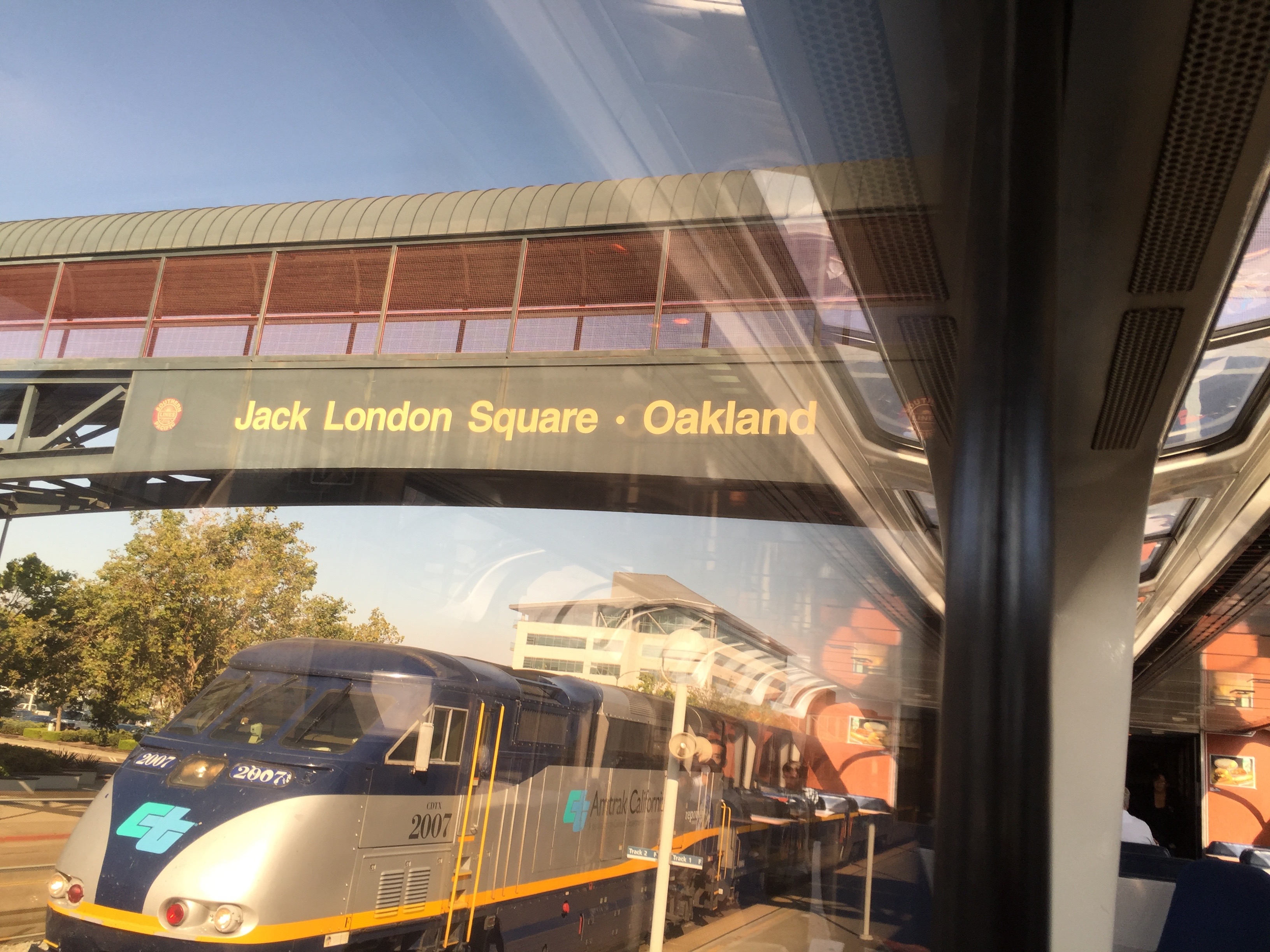 As is my way I chose a hostel for this trip. The Society Hotel opened in 2015 and has regular hotel accommodations as well as a hostel section they call “the bunk room.”

Upon first entering the bunk room I noticed how large it was. 24 people can fit in the room, with bunks stacked three high. Of course I chose a top bunk, why not be on top of the world? 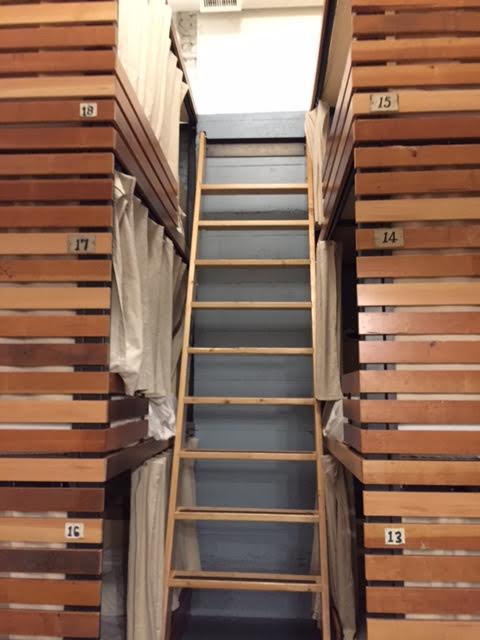 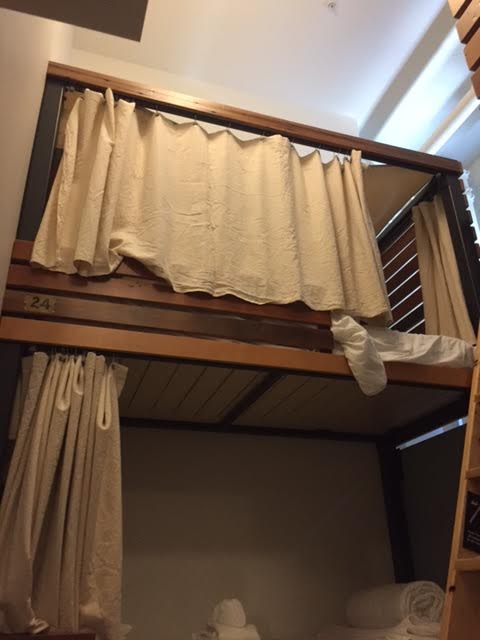 The bunks were super comfortable full size beds with extra towels and a lock box at the head of the bunk. We all had a personal light, outlets, and this super cool curtain that made me feel like I was 5 again in my little fort.

The Society Hotel was central to everything I wanted to see. I could walk there from my train station and get to all the eateries easily. There were more frugal places I could’ve stayed outside the city for sure. You pay a premium for being in the heart of all the fun downtown but I was very happy with my choice here. 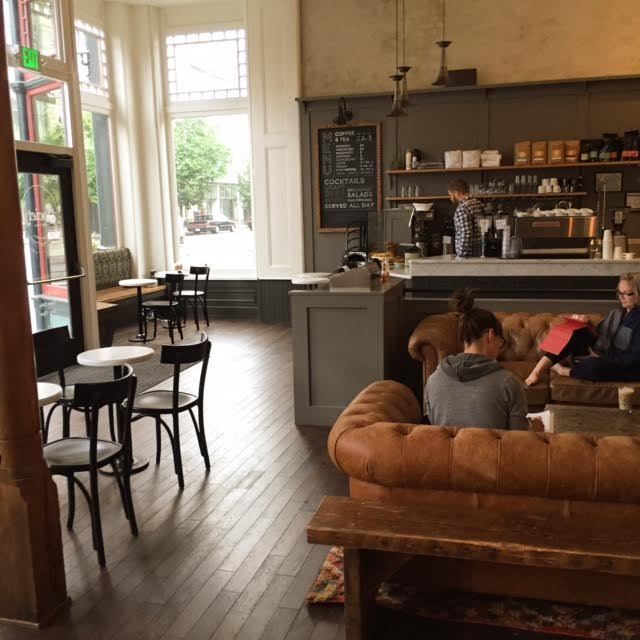 Cafe in the hotel lobby

For $50 a night I got an awesome, quiet place to stay with complementary full-size toiletries and a full-size fridge. It’s too bad there were no cooking appliances but I packed lots of hot water required sort of foods. I enjoyed lots of oatmeal and top ramen which also became staples on the train ride.

Oregon is a beautiful state. I’m from Southern California, land of the brown hills and thirsty oak trees. You can see in my California train photos the degree of the drought. Anything that gets watered is green, anything outside the water area is brown. 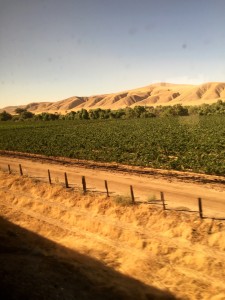 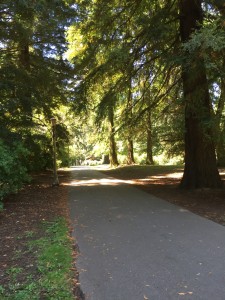 A park in Portland

Upon entering Oregon I was so surprised to see bodies of water. In California it’s a big deal if you get to see two lakes in one day. It seemed like we passed over a lake every 30 minutes. Simply Gorgeous. 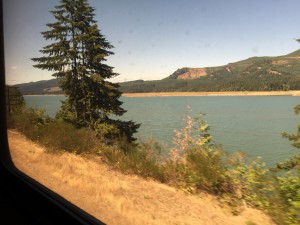 A few years ago I spent a lot of time looking at pictures of Washington State (long story). I felt like the taller than tall trees and sometimes gloomy weather mirrored what I’ve seen of Washington. In fact, Portland is only 20 miles outside WA. Go figure.

Portland itself has a relaxed bohemian feel. From the gay pride flags strewn around, to the famed naked bike ride, you definitely feel like you’re in a liberal city.

I had a conversation with an Oregonian about Portland’s history of racism after the civil war and how some of those effects have stayed around today. I noticed how ethnically homogenous it was. Coming from LA, land of cultural diversity, it was strange to realize not every city is like that. 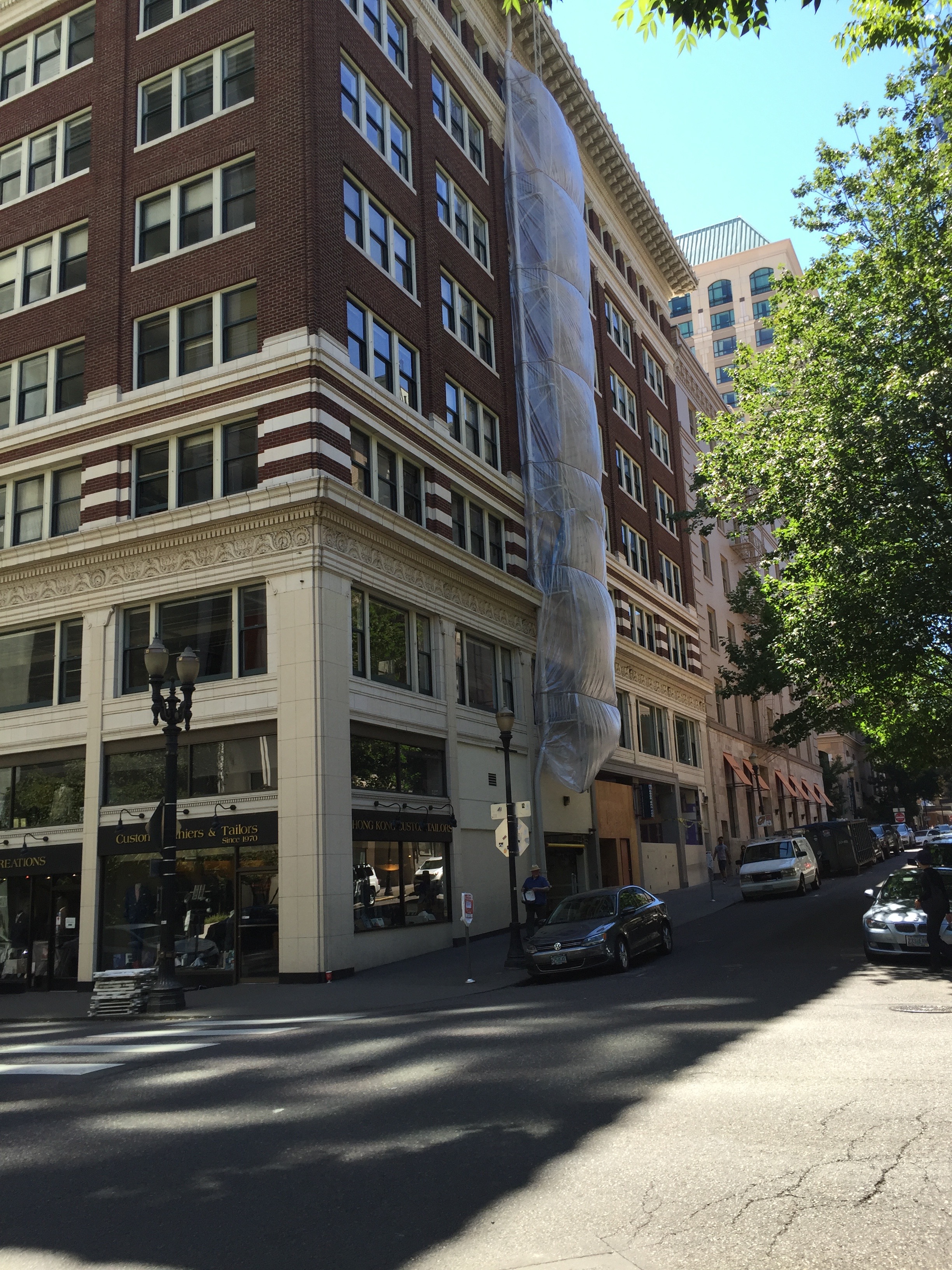 There’s definitely a lot of economic stratification in the city: you can be sitting at an outdoor cafe next Nordstrom and The Nike Store, then walk one or two blocks and find homeless groups along the sidewalks. I felt like there were a lot of transient sort of people around, which might be a bit of a bias since I seldom left downtown. I thought homeless people loved the beach— that’s always been a strange phenomenon I observed in LA. Not in Portland. In Downtown Portland the homeless are sprinkled just about everywhere. 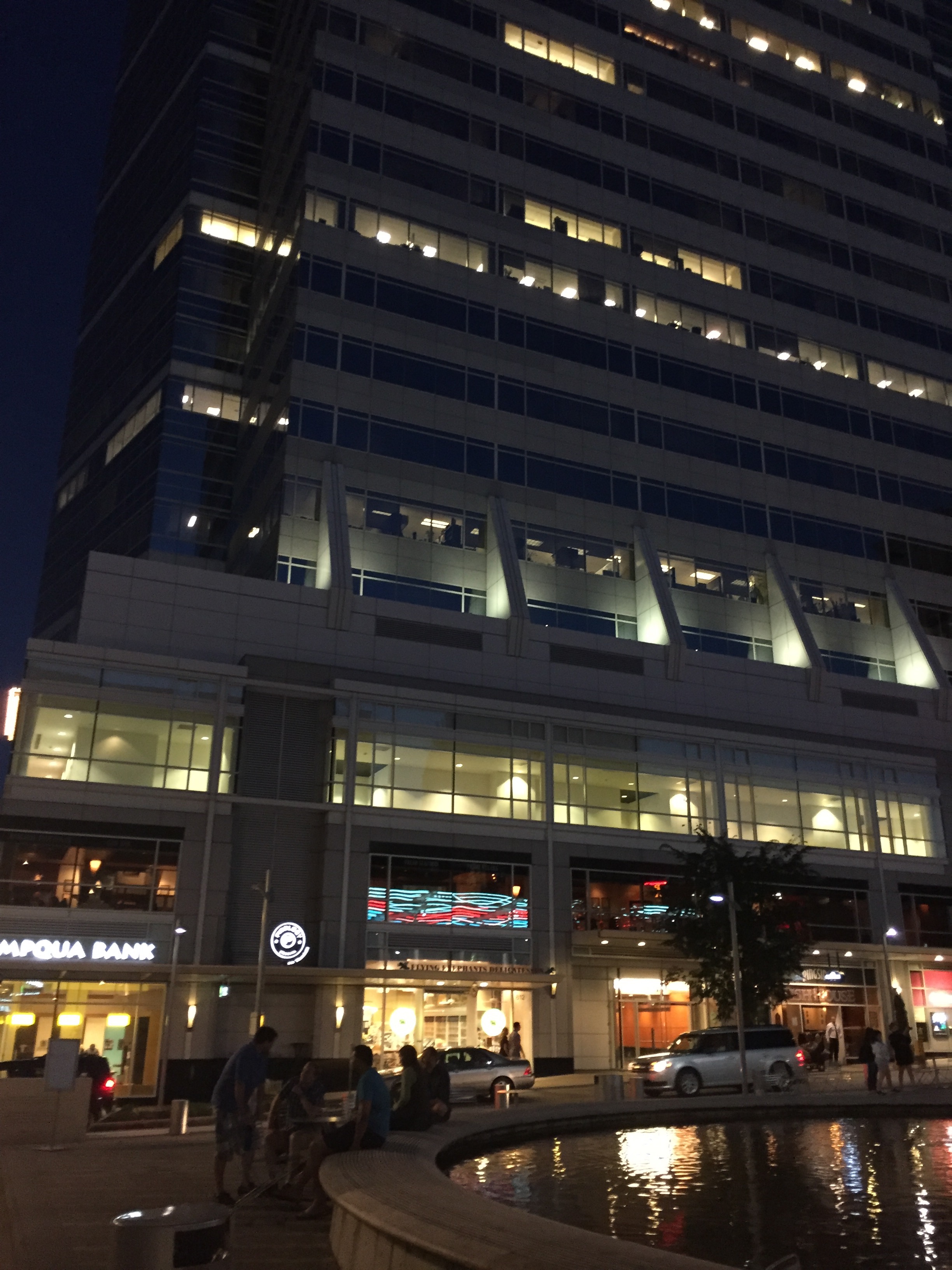 Before coming to Portland I stressed a lot about how I would get around the city. Turns out Portland has a web-like tangle of  railways and bus routes. Metro maps are so covered in the colorful bus routes they look like ornate art-deco paintings rather than city maps. Looking at google you’ll see lots of tiny squares that represent blocks. The thing is, these aren’t LA blocks; they’re about half the size. After getting on the bus the first day I discovered it was very silly to ride anywhere. I found it necessary to do all my travel on foot. I was so proud of myself for walking a mile to Safeway and back, heavy peaches and canned goods in hand. 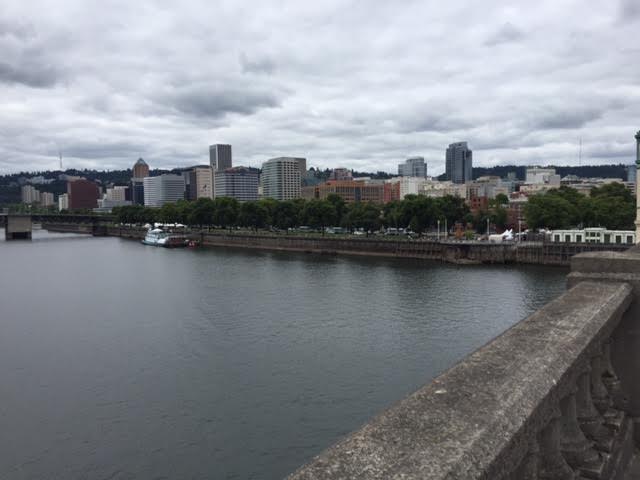 A quick word on entertainment. I did not spend anything entertaining myself in Portland. I prefer to go read and write in coffee shops all day. With the exception of some coffee, that activity costs me $0 and is the most fulfilling. I start random conversations with strangers, I people watch, and I get to learn all sorts of new things about the new city. On some trips I’ll hit a free art gallery or look for a cool library to hang in. On the whole, I tend to let the city entertain me. After all, I could see a movie or go to a spa at home. 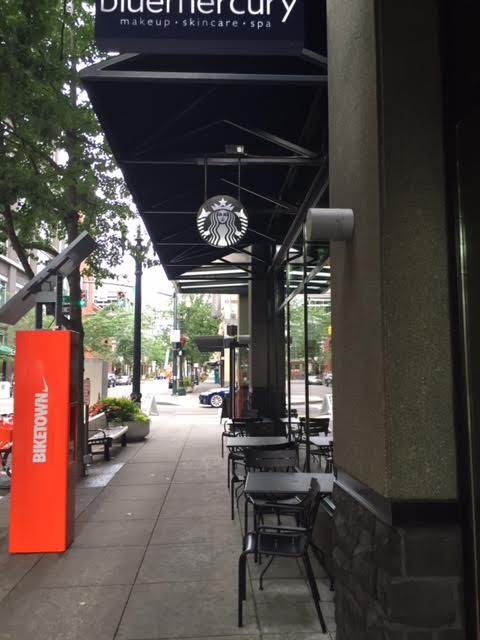 Wherever I go, I have a home

I’m bashful to write this section because I spent more money on food for the trip than I had planned. With each meal out ending up costing $10 I spent a good $50 on “fun food.”

I tend to do this little trick to hide money from myself while on vacation: I pay for things more often in cash. When I pay cash I don’t have to see the charge on my super monitored and budgeted credit card statement. If you can’t see the charge it doesn’t exist! Right. So I’m telling on myself here so I can get better about that in the future.

So here is the total food expense, blunders and all:

Groceries (bought before and during trip): $40

If I’d just been cooped up in the train the whole trip I would’ve saved a lot more money. But then I wouldn’t have gotten to experience much. That’s a good example of Balancing Frugality and Enjoying Your Life.

Due to over-relaxation on my trip I calculated my time wrong and missed the train on monday. Amtrak charged me an extra $50 for changing the ticket. Also, when you have to book a hotel the day of you tend to pay a higher rate. I like to use an app called Hotels For Tonight that helps hotels fill unbooked rooms. I ended up with a historic downtown hotel for the bargain price (yeah, right!) of $200. 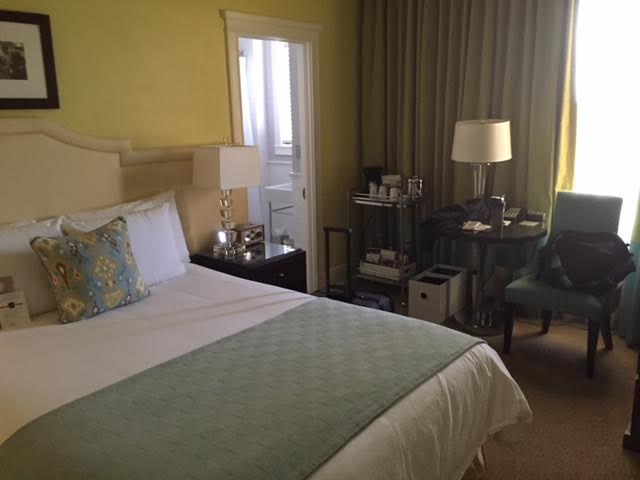 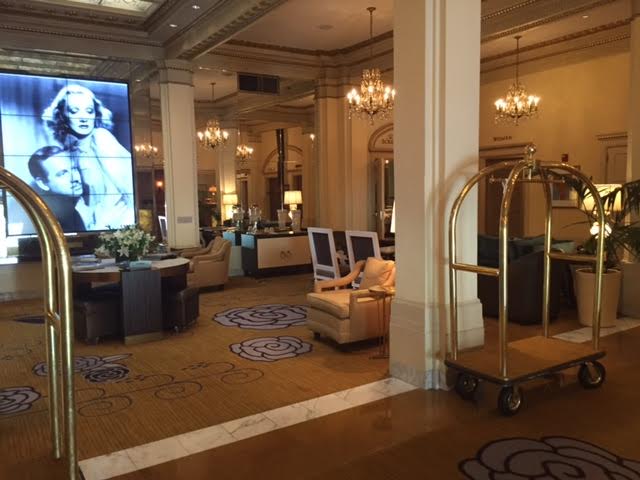 So having to stay an extra day pretty much blew the trip spending out of the water. Luckily, at home I make very good money decisions and  I have money to pay for changed plans when they come up. The extra day turned my semi-frugal trip into a not so frugal trip but I was happy to have the extra day. On the bright side I managed to not buy any more food on my extra day in Portland. Yay me!

On the whole, I am not proud of that number at all. I think it could’ve been around $400 or less if I was at my optimal frugality. One of the reasons I write this blog is to stay accountable for my spending so I lay it all out for you despite being a little embarrassed.

If I look at it from a different perspective, it would cost way more than $739 for a 7-day cruise. I not only traveled over 2,000 miles but I was able to pay for food, entertainment ($0), and lodging for less than a grand. 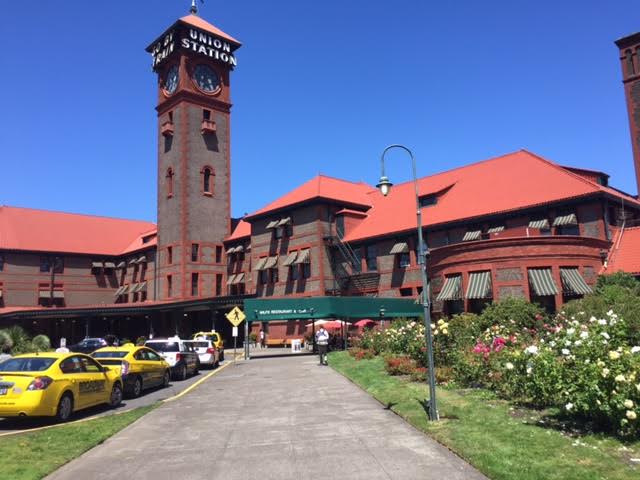 More frugal adventures are to come for the year. I’ll get better, and you’ll watch me save tons of money.

I got a pretty good sunburn the day before

Readers: any suggestions for the next destination? I’m drawn to Chicago.